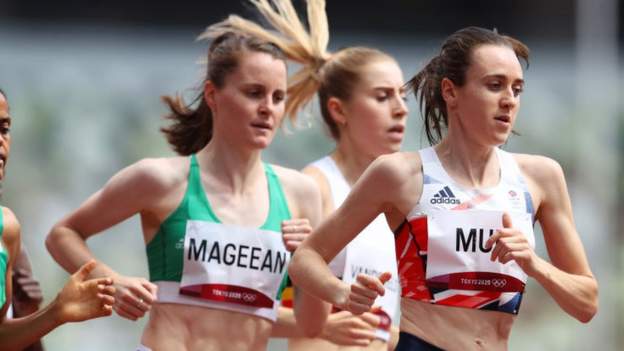 Great Britain’s Laura Muir said she is “more prepared than ever” after easing through the Tokyo 2020 1500m heats in her pursuit of a first Olympic medal.

Great Britain’s Katie Snowden qualified sixth in her heat in 4:02.77 but Revee Walcott-Nolan came seventh to miss out.

Walcott-Nolan’s 4:06.23 was a PB but left her seventh in the list of fastest losers, with six going through. Kenya’s Faith Kipyegon – the Olympic champion – clocked the quickest time overall with 4:01.40.

Muir, though, is Great Britain’s major medal hope in the event and, having decided not to compete in the 800m, her Tokyo campaign started with a routine heat as she came home behind Canada’s Gabriela Debues-Stafford, with Ireland’s Ciara Mageean fading late on to finish 10th.

“It’s really nice to get that first run out of the way and feel comfortable,” said Muir, who was seventh at Rio 2016 and fifth at the 2019 World Championships.

“I am more prepared than ever. I have improved so much. I am in the best condition I could be and hopefully any situation I can deal with.”

Greek gold and a Jackson error

If Muir’s progression was straightforward, Hassan, who is due to compete in the 5,000m final later on Monday, was made to work in the final 300m so she could make up ground and take on the field after her fall.

Ethiopia-born Hassan – who runs for the Netherlands after arriving in the country as a refugee aged 15 – is expected to challenge for a medal over 1500m, 5,000m and 10,000m in Tokyo.

“For such a small country, to give little kids hope, I’m just glad I’m the person to do that,” Camacho-Quinn said afterwards.

In a dramatic final round of the men’s long jump final, Greece’s Miltiadis Tentoglou used his last effort to jump 8.41m.

The mark tied that of Juan Miguel Echevarria but Tentoglou took gold by virtue of his second-best jump on the day being longer than that of his Cuban rival.

Echevarria had one more chance to leap to gold but pulled up with a hamstring problem on his run up.

In the women’s 200m heats Jamaica’s Shericka Jackson – who won bronze in the 100m – finished fourth when she sensationally eased down too soon, missing out on the qualification places by four one-thousandths of a second.

Beth Dobbin – Great Britain’s only 200m hope after Dina Asher-Smith withdrew with injury – qualified in second in her heat in 22.78 seconds.